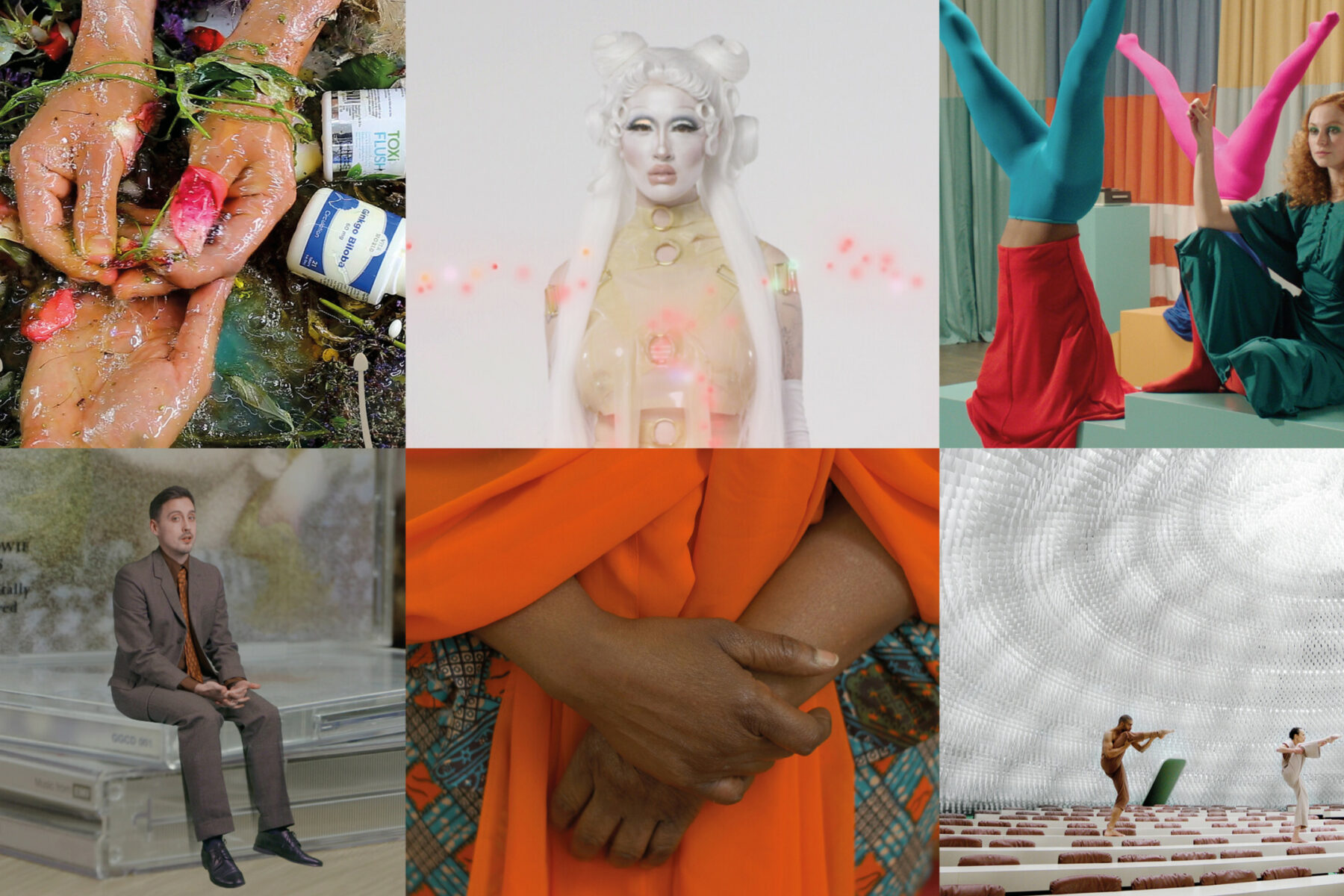 INCLUDING AN ONLINE CONVERSATION WITH ARTIST SOPHIA AL-MARIA

Tune in to discover the incredible diversity within the world of artists’ filmmaking in the UK. From the individual and autobiographical to the global and political, these films draw us into their narratives through poetry, experimental sound, surreal computer graphics, performance, dance and choreography.

Inspired by visionary British filmmaker Derek Jarman, the Award recognises and supports artists working with the moving image. The shortlisted artists illustrate the spirit of inventiveness within moving image, highlighting the breadth of creativity and craftsmanship the medium has to offer, as well as its powerful ability to engage and provoke audiences. The Award comes with a £10,000 prize. 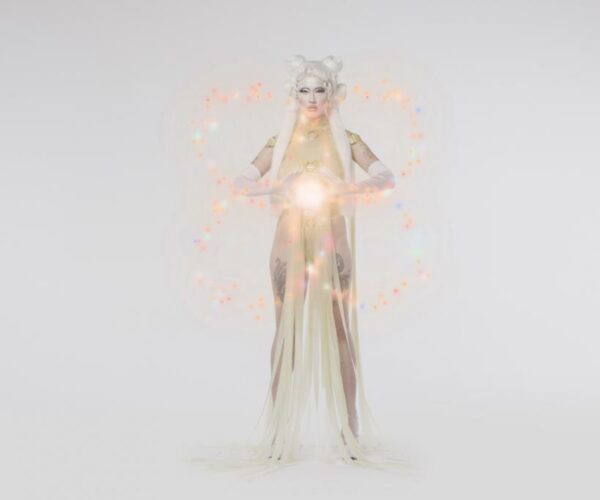 Watch a recording of the Q&A with nominated artist Sophia Al-Maria, on the occasion of our screening of the Film London Jarman Award 2021 films.

In 2021 the Film London Jarman Award tours to the following venues, each with an artist Q&A; LUX Scotland, Glasgow; Nottingham Contemporary; Spike Island, Bristol; Towner, Eastbourne; G39, Cardiff; The MAC, Belfast. The tour includes a special weekend at Whitechapel Gallery, London, where all the shortlisted artists will discuss their works.

The winner of the award is announced on 23 November 2021.

Find out more about the 2021 award and tour.

Sophia Al-Maria’s cinematic videos explore, postcolonial identity, imperialism, and counter-histories weaving together music, literature, oral history, film and dance. Her fractured, nonlinear works is often cast against a science fiction backdrop and explores the revision of history, the isolation of individuals through technology, and the corrosive elements of consumerism and industry. Solo exhibitions include Garage, Moscow; Whitechapel Gallery and Whitney Museum New York.

With a practice spanning performance, installation and film, Jasmina Cibic considers how ideologies and cultures are constructed and then framed through mechanisms such as art and architecture. Her work explores the construction of national culture and how it can be used for political aims, and looks at forms of soft power. Cibic represented Slovenia at the 55th Venice Biennial and has had solo exhibitions at BALTIC, Centre for Contemporary Art, Gateshead.

Adham Faramawy works across a wide variety of media from computer programmes, moving image and apps to print. Their performance for camera videos are often installed as part of sculptural assemblages. The works consider how social issues become entangled with environmental issues. Using movement, poetry, spoken word, and dance they tell stories about consumption, identity construction, the body and the nature of desire. Faramawy has had a solo exhibition at Bluecoat Liverpool and has screened works at both Tate Britain and Tate Modern.

Georgina Starr makes videos, sound and large-scale installation works with a focus on female identity, the otherworldly, and her longstanding interest in the visionary aspects of experimental cinema. Her projects are initiated by extensive periods of research that always involve some form of writing—scripts, fictions, lectures, scores and poetry. Recent solo presentations include Leeds Art Gallery and Glasgow International.

Film London is the capital’s screen industries agency. They connect ideas, talent and finance to develop a pioneering creative culture in the city that delivers success in film, television, animation, games and beyond. They work to sustain, promote and develop London as a global content production hub, support the development of the city’s new and emerging filmmaking talent and invest in a diverse and rich film culture. Funded by the Mayor of London and the National Lottery through the BFI, Film London also receive support from Arts Council England, Creative Skillset and the Heritage Lottery Fund.
www.filmlondon.org.uk

Since 2003, Film London Artists’ Moving Image Network (FLAMIN) has been at the very heart of the sector’s development, bringing artist filmmakers to a wider audience away from the margins. They provide professional support and expert training along with valuable funding and national and international exhibition opportunities in galleries, cinemas and for broadcast. Funded by Arts Council England, FLAMIN has commissioned over 150 productions and supported the careers of countless other artists. Flagship projects from FLAMIN include the commissioning fund FLAMIN Productions, the annual Film London Jarman Award and the new programme for early career artists, the FLAMIN Fellowship.
www.filmlondon.org.uk/FLAMIN

We present exhibitions by artists from around the world, and host a varied public programme including talks, tours, workshops and screenings.
Share this:
GALLERY CURRENTLY CLOSED