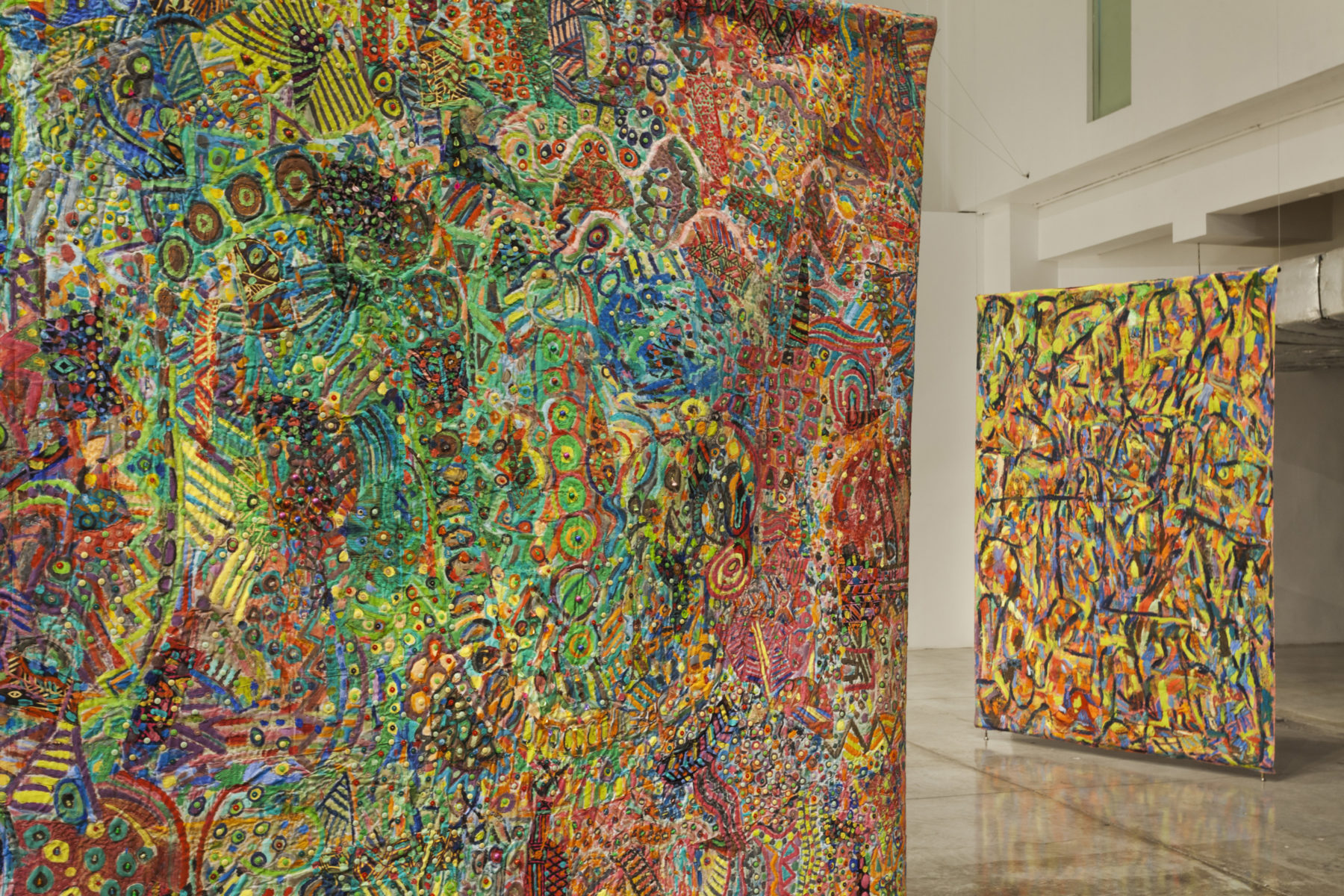 Join us to celebrate Pacita Abad’s life and work at the exhibition opening night, plus enjoy a glass of something special in our new café.

Life in the Margins is the first exhibition in the UK by Filipino American artist Pacita Abad (1946–2004). Curated in collaboration with London-based artist Pio Abad, the exhibition includes twenty large-scale ‘trapunto’ paintings and works on fabric made between 1983 and 2002.

Born in the Philippines in 1946, Pacita Abad studied painting at the Corcoran School of Art in Washington, D.C. and the Arts Student League in New York. Her work has been featured in solo exhibitions at the Museum of Contemporary Art and Design, Manila; National Museum, Jakarta; Hong Kong Arts Centre; Cultural Center of the Philippines, Manila; Bhirasri Museum of Modern Art, Bangkok; The National Museum for Women in the Arts, Washington, D.C.; and the National Center of Afro-American Artists, Boston, among others. She has participated in numerous group exhibitions, including: Asia/America: Identities in Contemporary Asian American Art, a travelling exhibition organised by the Asia Society, New York (1996); Beyond the Border: Art by Recent Immigrants, Bronx Museum of the Arts, New York (1994); La Segunda Bienal de la Habana (1986); and the 2nd Asian Art Show, Fukuoka Art Museum (1985). Her work can be found in the collections of Tate Modern, London; M+ Museum, Hong Kong and the National Gallery of Singapore. She died in Singapore in 2004.

Life in the Margins is made possible thanks to the Pacita Abad Art Estate.