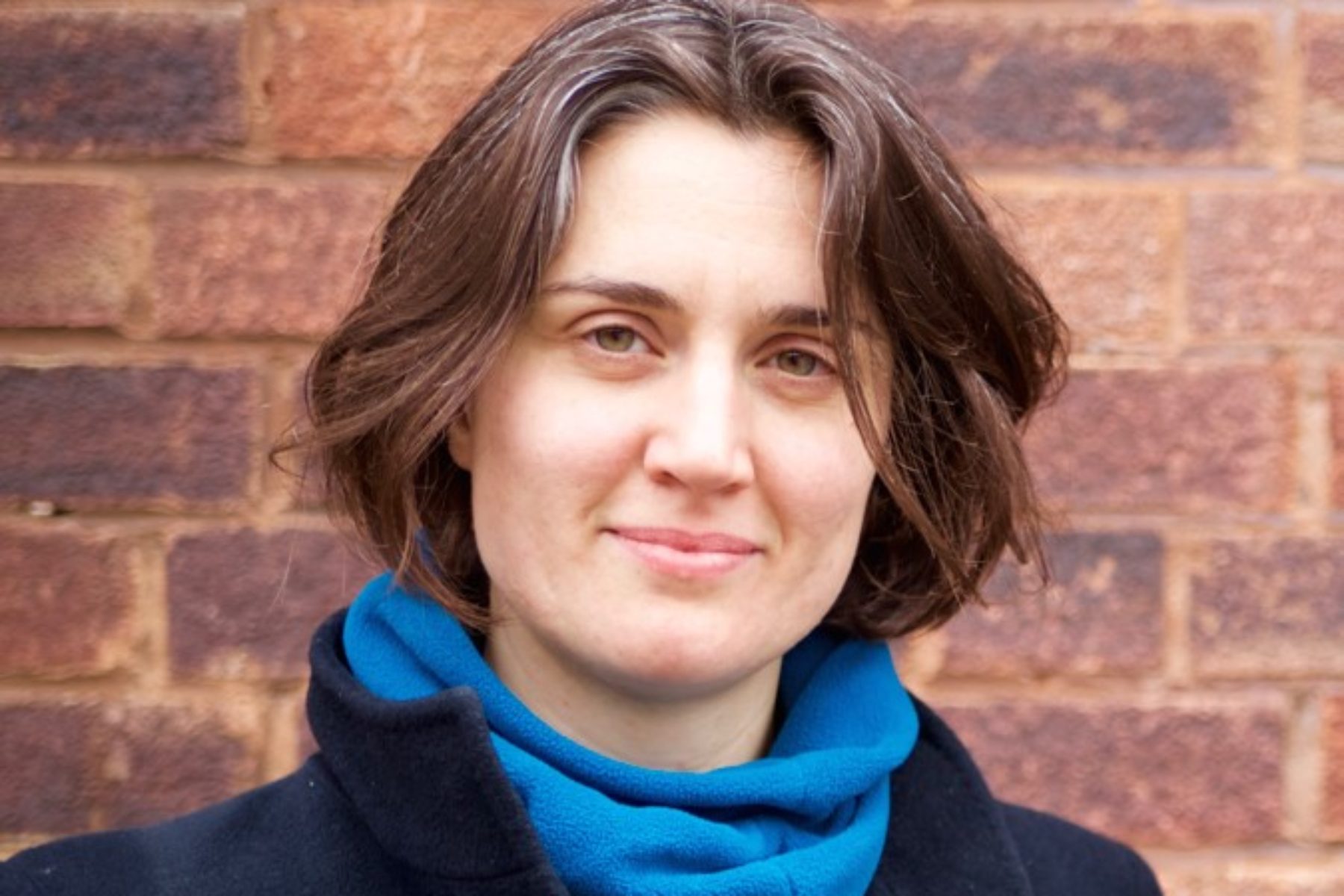 Paterson conducted independent research, interviewed artists and held workshops with local writers that took the form of regular walks. She envisaged her research developing into a performance/exhibition exploring the ontology of language in an era of post-truth politics. 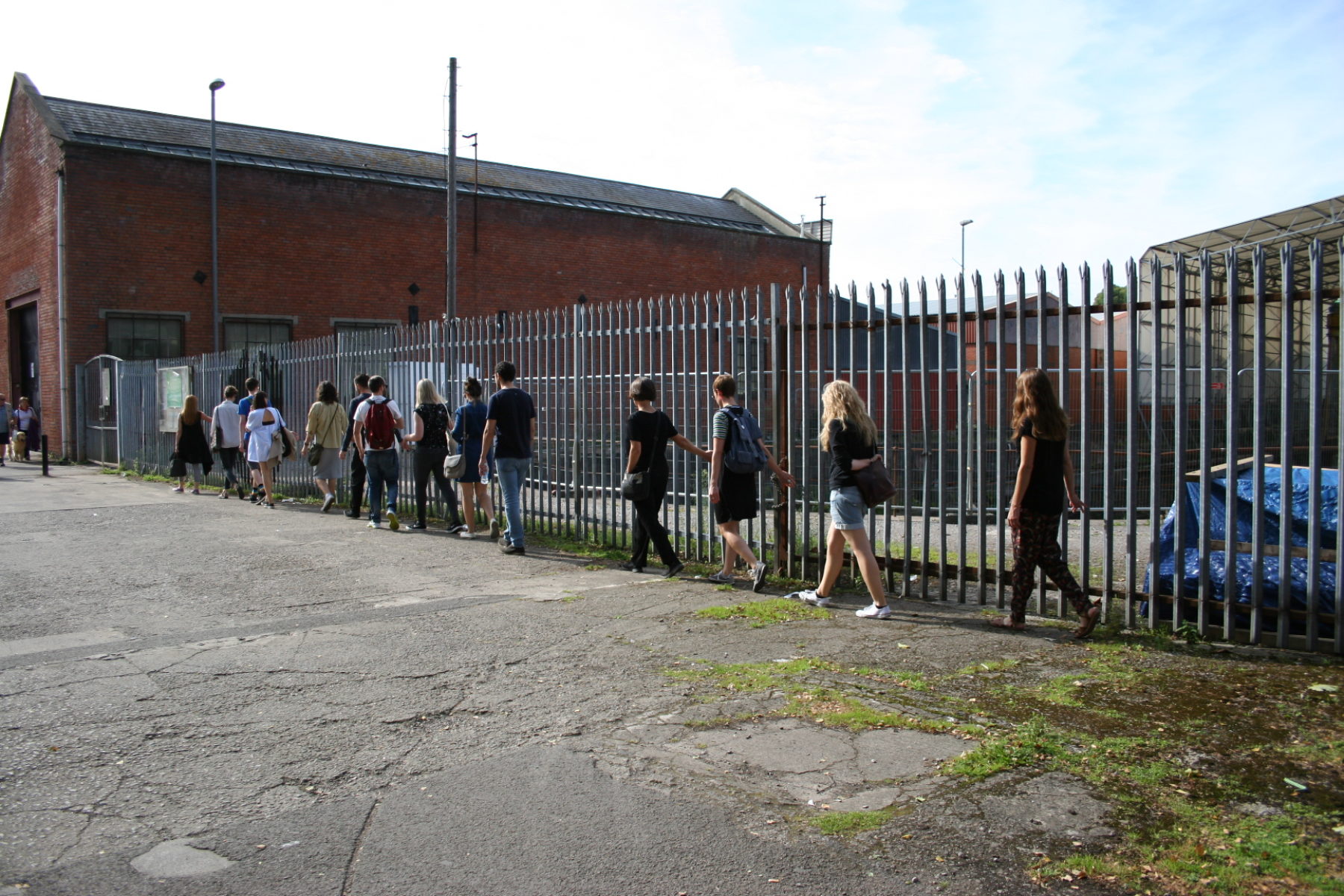 During her residency, Mary Paterson hosted a series of walks through Bristol to explore walking and writing as interconnected artistic practices. These walks were linguistic and grammatical interventions into the etiquettes of public space. Each walk began with a prompt from literature or art and includes a writerly task for participants to carry out during, or after the walk. 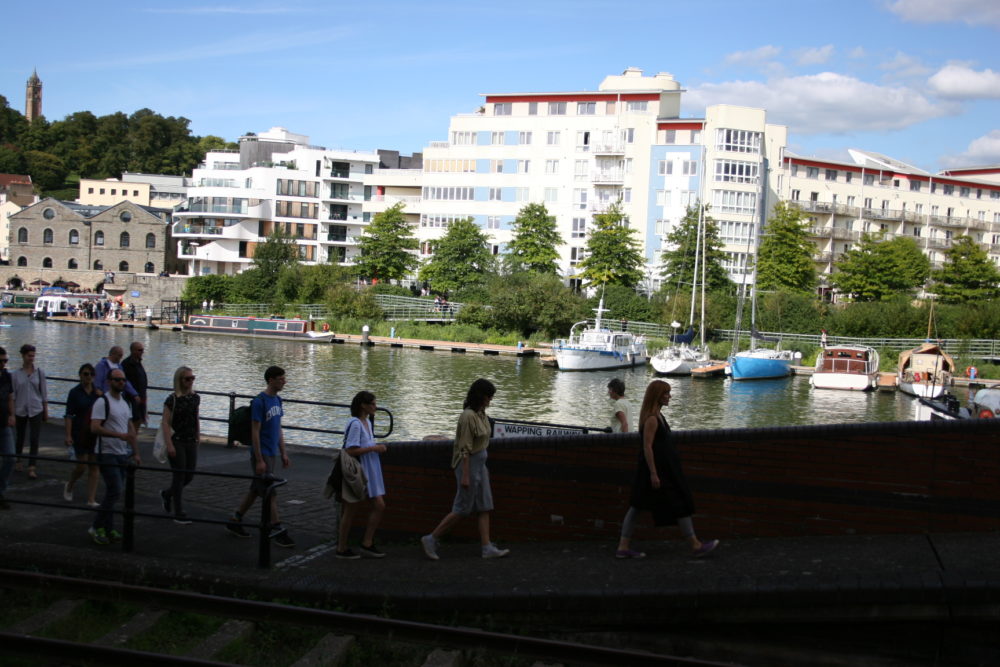 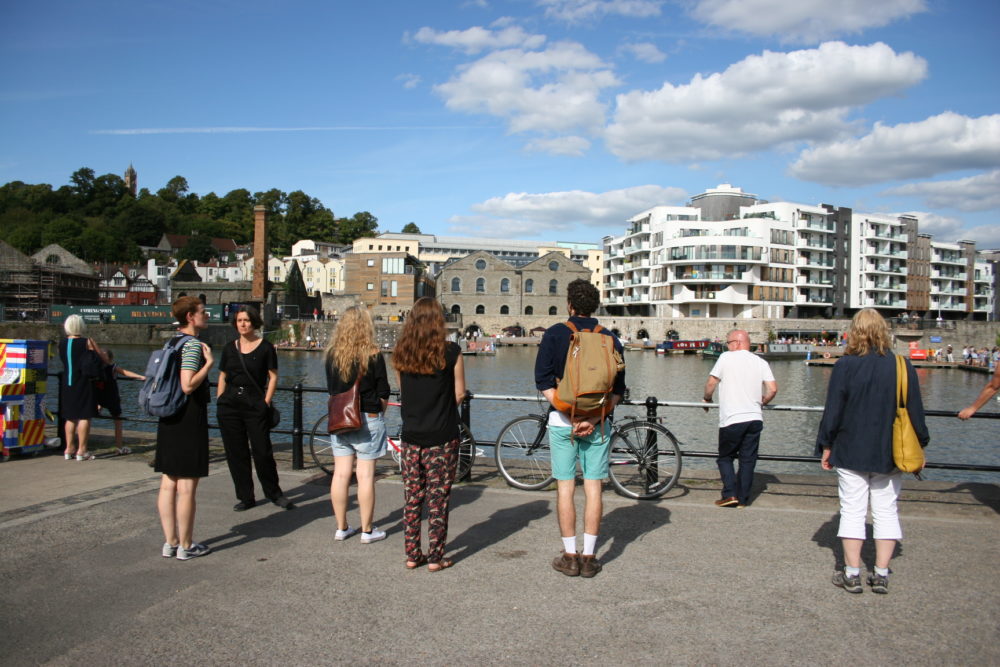 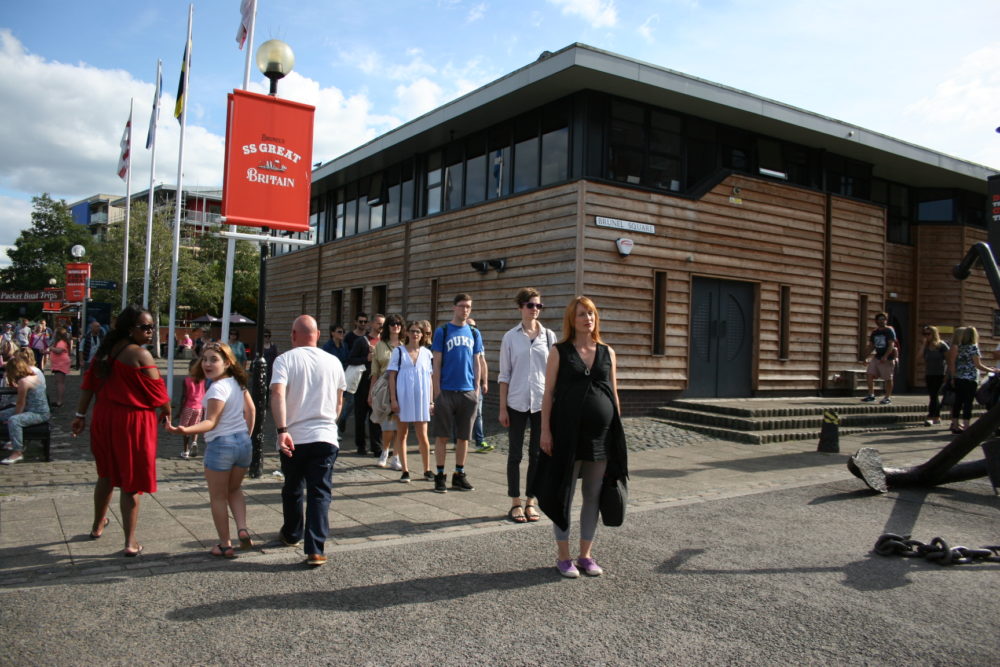 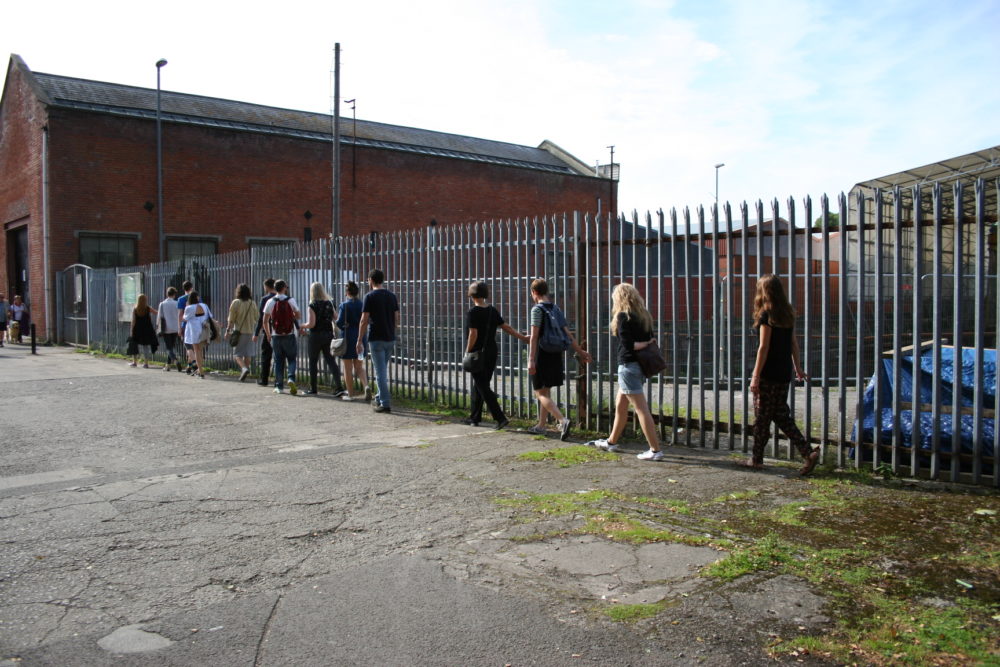 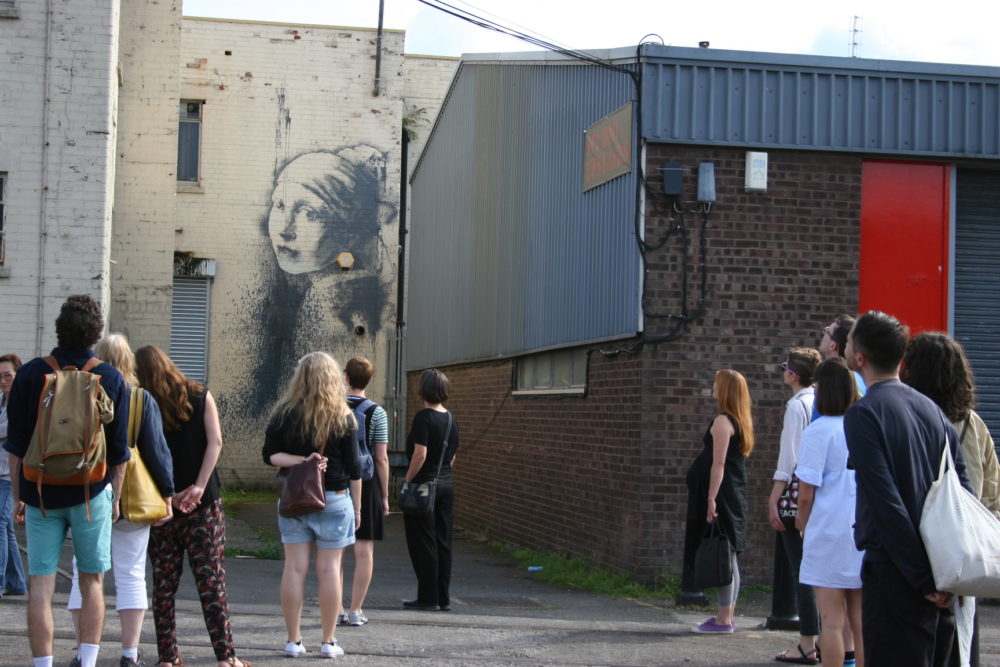 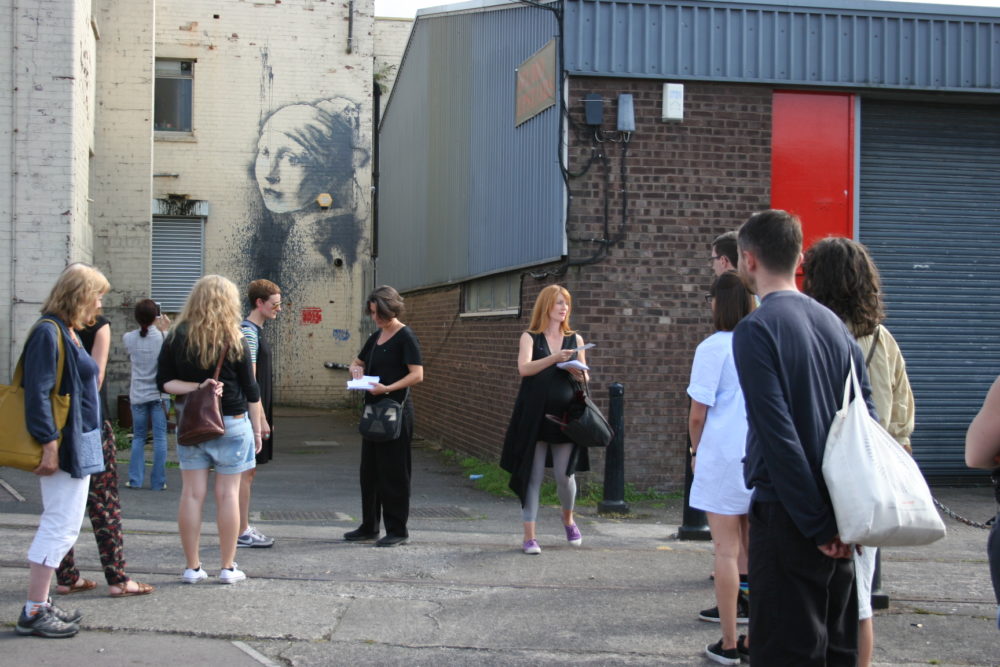 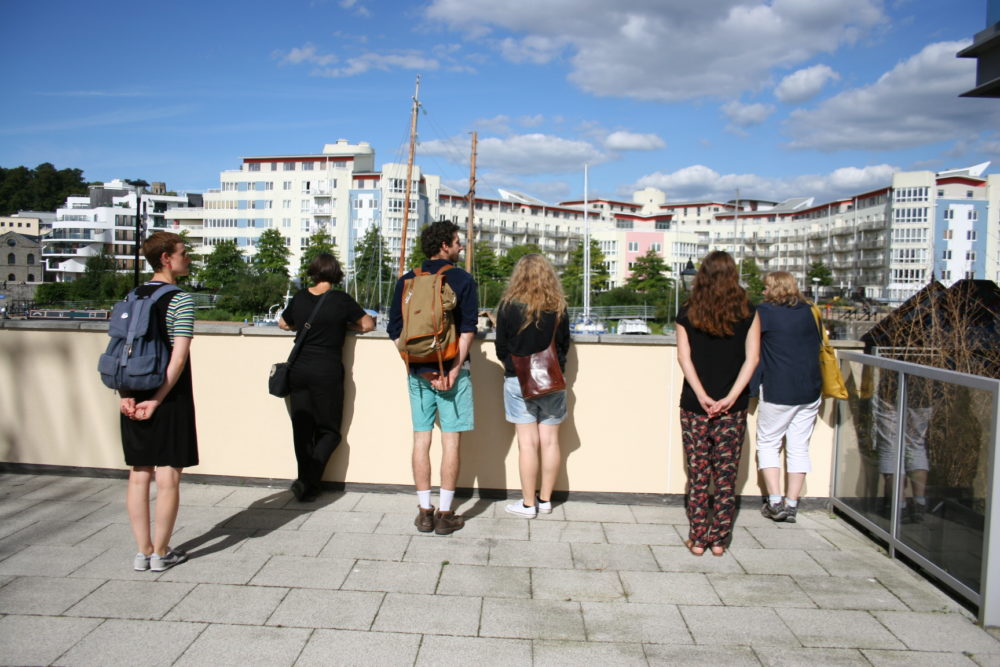 Mary Paterson and Genevieve Maxwell: A Walk of View (she began to dissolve)

On 2 September 2017, writer Mary Paterson and choreographer and anthropologist Genevieve Maxwell led a guided, performative walk starting at Spike Island and roaming the streets beyond. Drawing on historical and contemporary narratives about walking, movement and visibility in the city, the walks explored different perspectives in and of Bristol.

Mary Paterson is an art writer who works between critical writing, poetry and live art.  It Moves a text on art writing, will soon be published as a chapter of The Creative Critic (Routledge, forthcoming 2017); she reviews for the feminist website The F-Word and recently guest-edited a special issue of the academic journal Theatre, Dance and Performance Training, on Showing and Writing (Taylor and Francis, 2016), which involved working closely with artists and academics from across visual arts and performance.

Mary Paterson’s residency was hosted by Spike Island in partnership with Arnolfini and the Art Writers Programme.