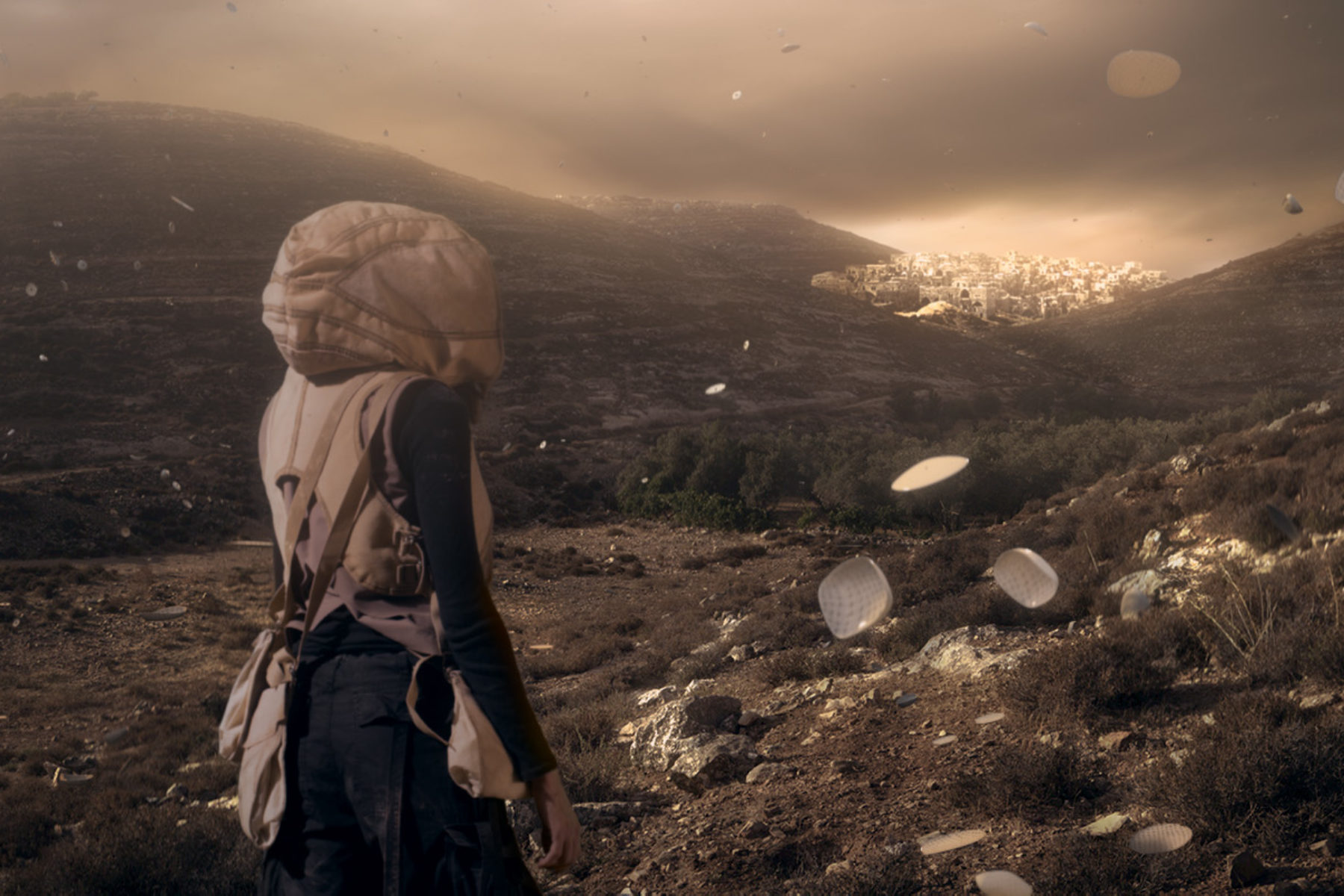 Larissa Sansour, In the Future They Ate From the Finest Porcelain (2015) Film still

In the Future They Ate From the Finest Porcelain (2015) resides in the cross-section between science-fiction, archaeology and global politics. Combining live action, computer generated imagery and historical photographs the film explores the role of myth in history, fact and national identity.

At its core the film describes a narrative resistance group that makes underground deposits of elaborate porcelain, decorated with the traditional Palestinian keffiyeh pattern and suggested to belong to an entirely fictional civilisation. Their aim is to influence history and support future claims to their vanishing territories. Once unearthed, this tableware will prove the existence of this counterfeit people. By implementing a myth of its own, their work becomes a historical intervention – de facto creating a nation. 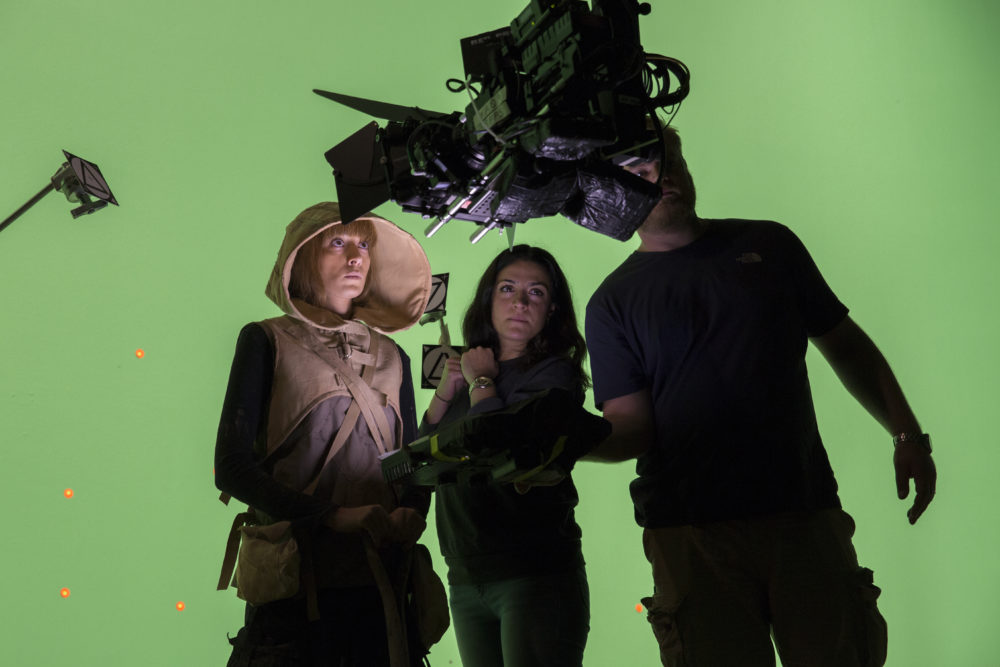 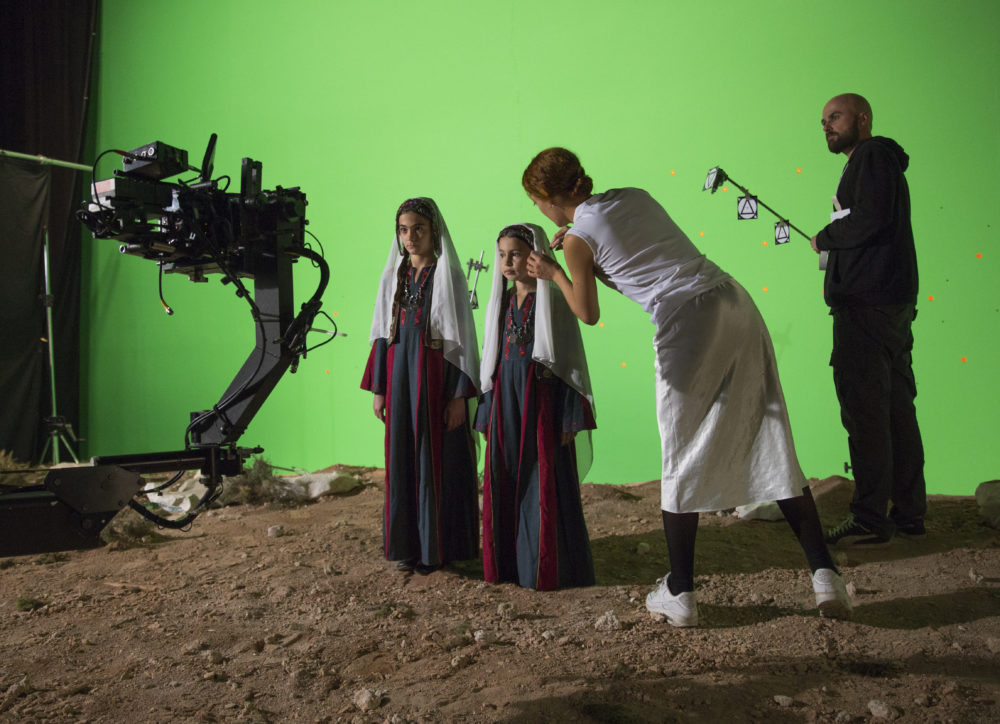 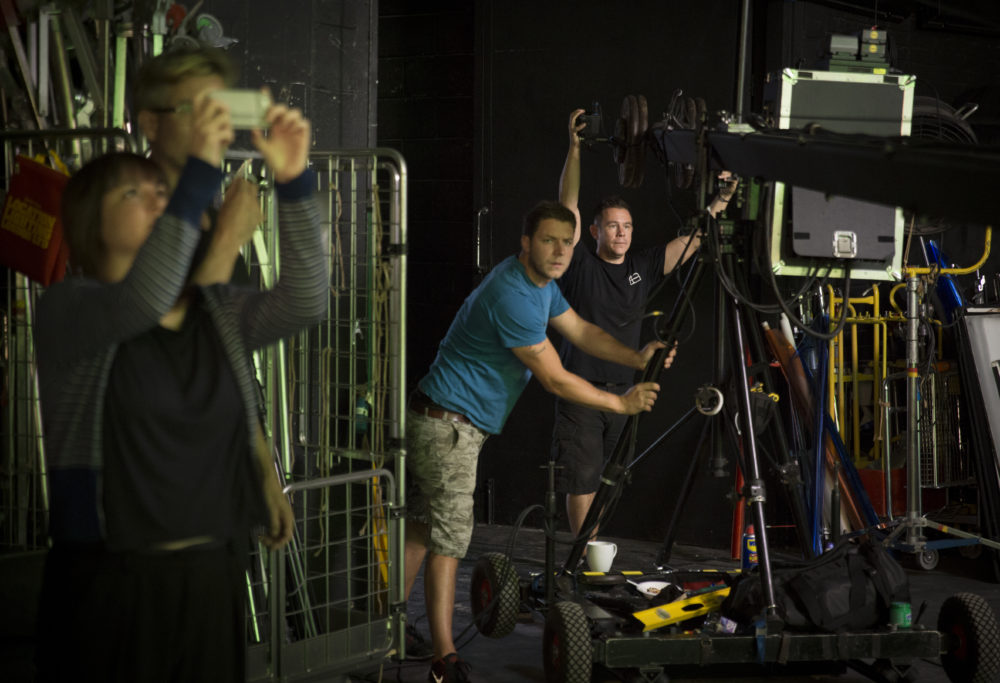 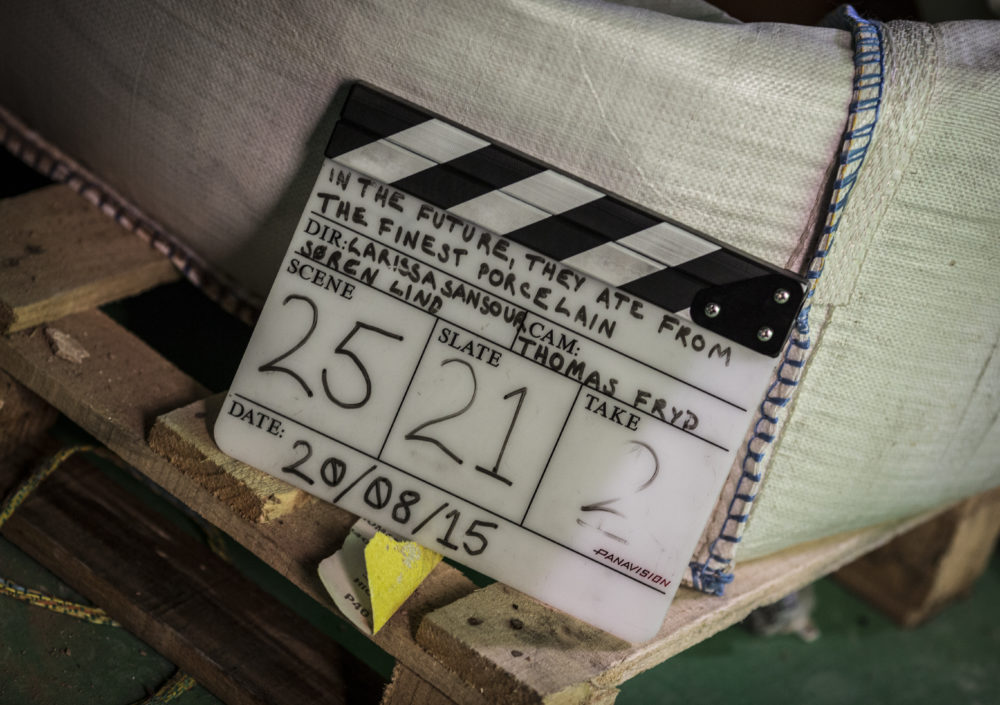 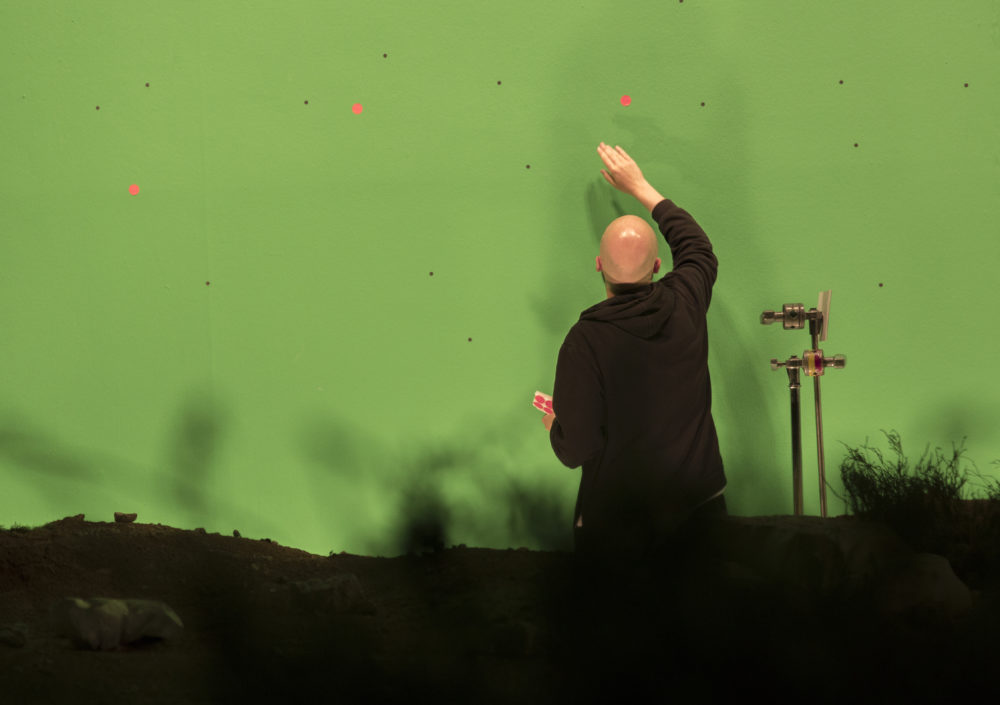 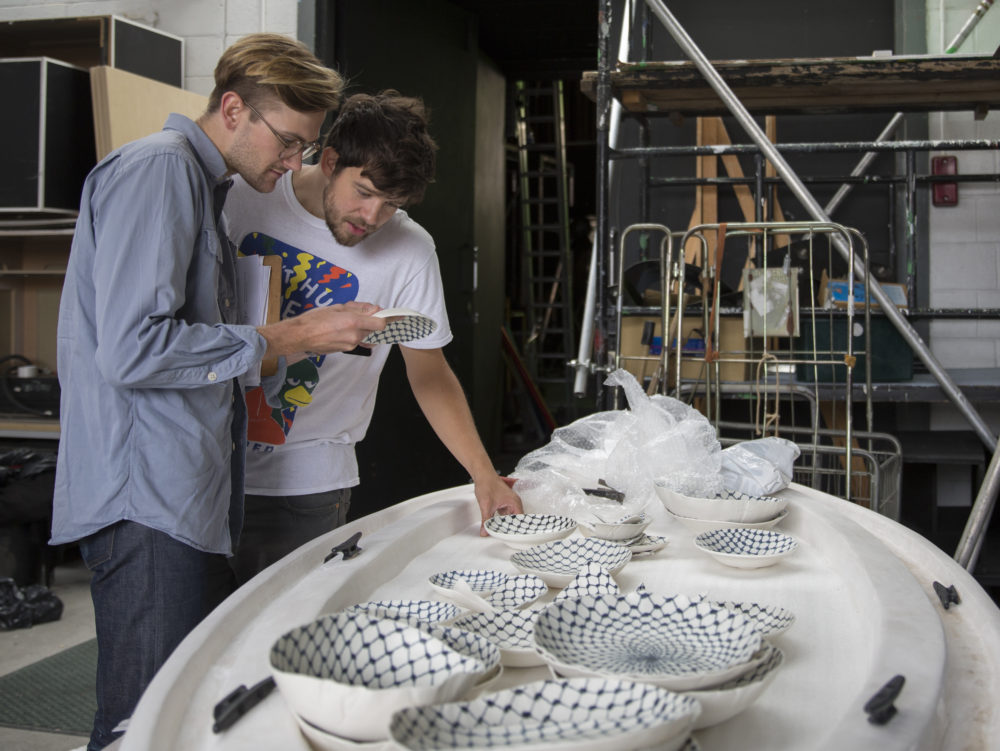 The film takes the form of a fictional video essay. A voice-over based on a dialogue between the protagonist, an archaeologist, and an unidentified interviewer reveals the philosophy and ideas behind the group’s actions. The leader’s thoughts on myth and fiction as constitutive for fact, history and documentary accompanied by the poetic science fiction-based visuals.

Larissa Sansour was born 1973 in East Jerusalem. She received a BFA from the Maryland Institute College of Art and an MA in fine art from New York University. She was also a visiting student at the Royal Danish Academy of Fine Arts. Sansour lives and works in London. Sansour takes an interdisciplinary approach to art, working in video, photography, installation and sculpture to create overtly political works that explore and approximate the Palestinian experience. References and details within the work borrow heavily from genre film and pop culture in combination with global politics and social issues to create intricate parallel worlds in which new value systems can be decoded.

Sansour is to represent Denmark in the Danish Pavilion at the Venice Biennale 2019.

Søren Lind is a Danish author. He writes children’s books and literary fiction. With a background in philosophy, Lind has written books on mind, language and understanding before turning to fiction. He has published a novel, collections of short stories and children’s books. In addition to his literary production, Lind is also a visual artist and writes short film scripts. 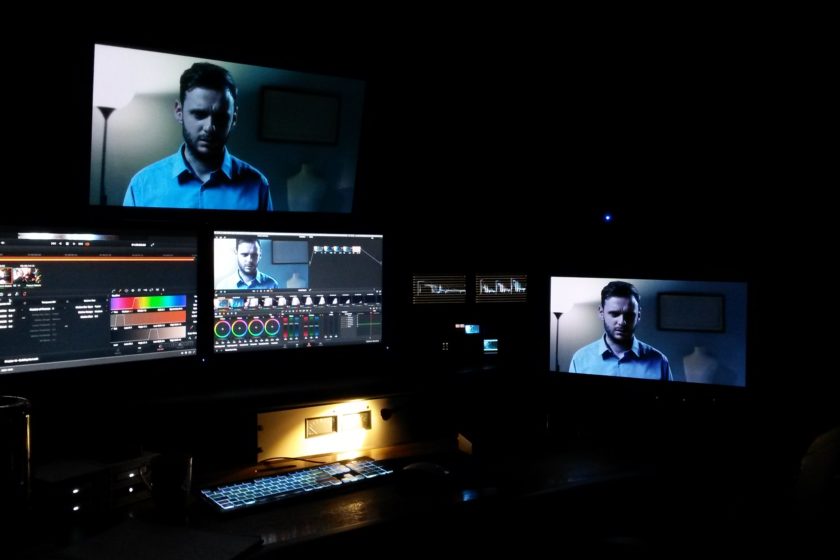 We have a long track record in post-production for artists’ film and video.
Share this: