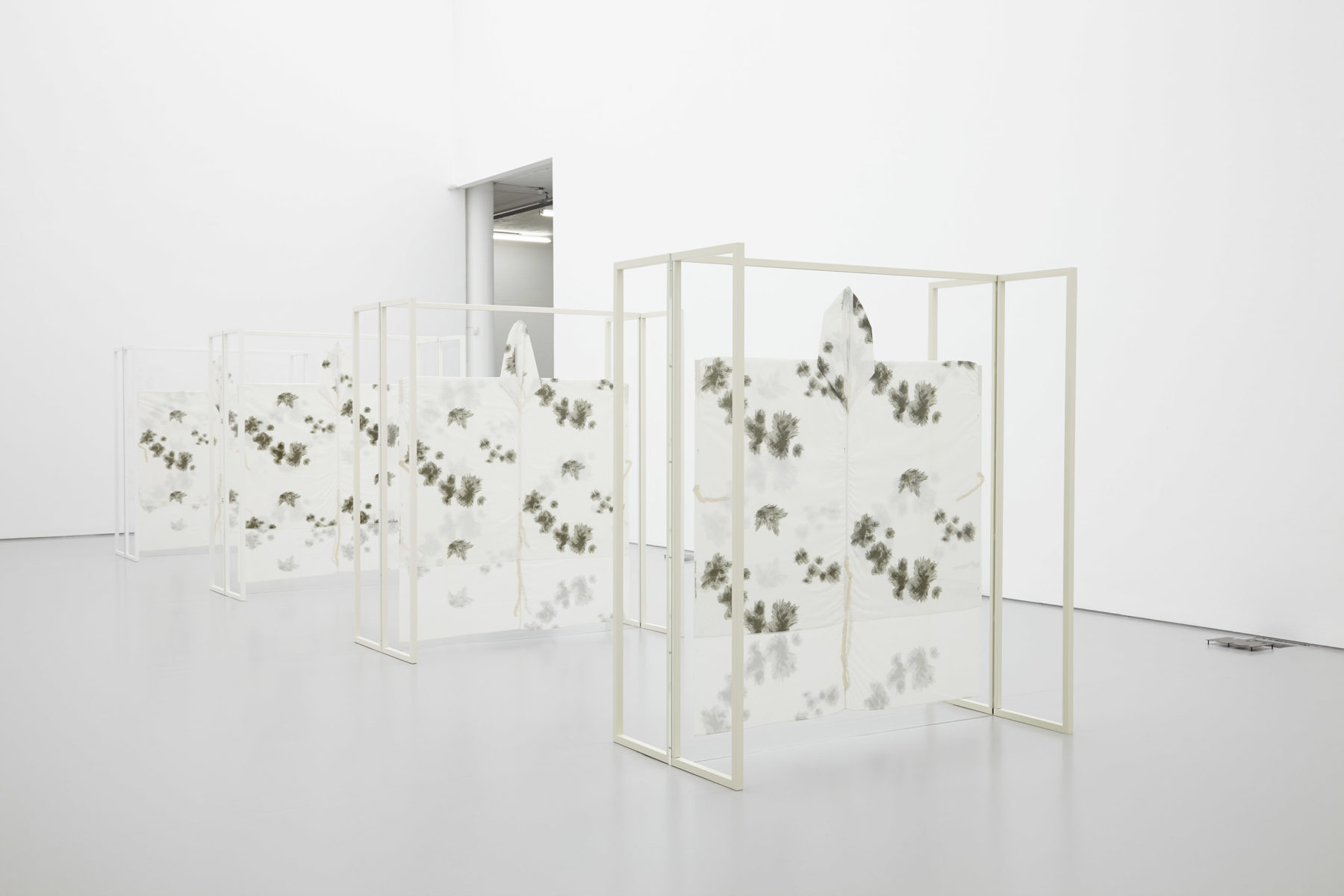 Charlotte Prodger is recognised for her audiovisual practice using equipment selected for its specific technological capacity, design history and subcultural aesthetics. In her largest solo show to date at Spike Island, she presented a new body of sculptural objects balanced by the feature length Stoneymollan Trail— Prodger’s first single channel video. The exhibition (titled 8004 – 8019 in reference to the RAL colour codes that Prodger has used here) builds upon her impulse for listing, incremental sequencing and the mapping of co-ordinates. 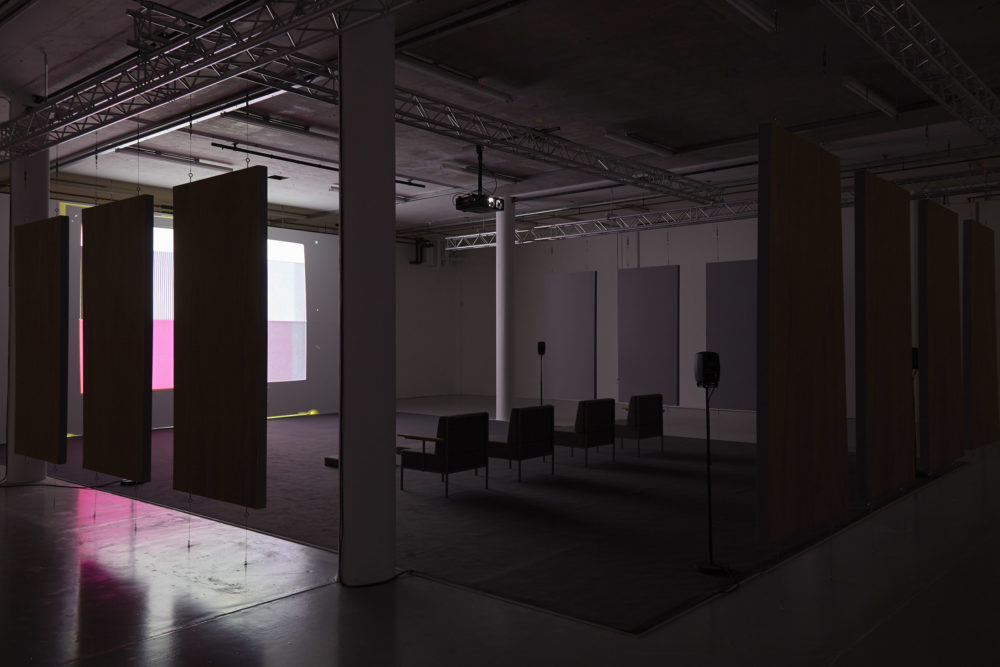 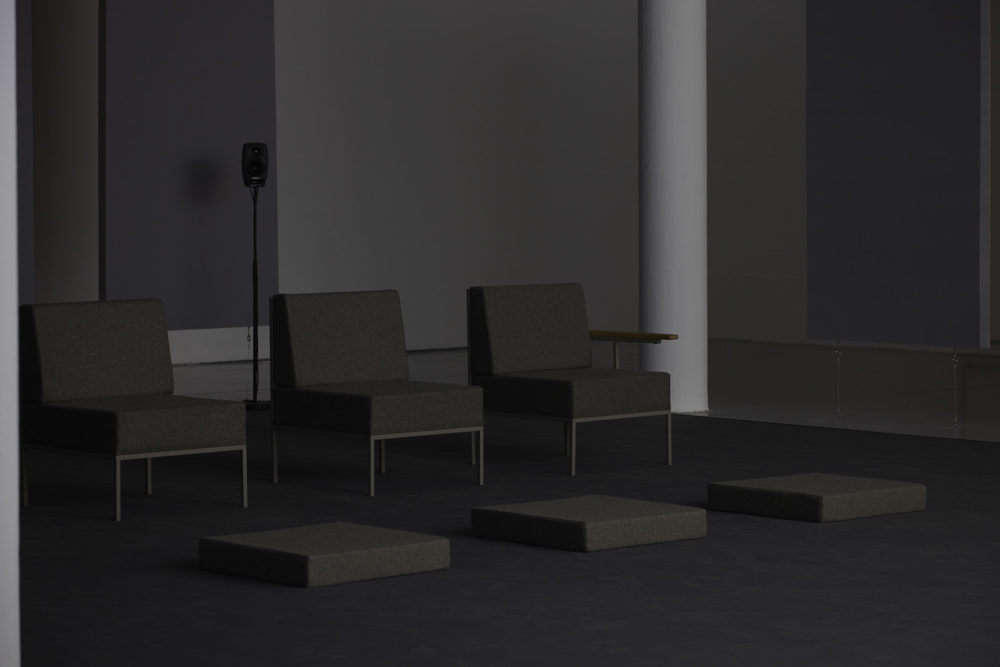 The grid is an ever-present motif in her work. Rectilinear pattern is used as a formal constraint for subjective narrative content that is often messy and slippery, shifting around in time and place. Moving between and blending the native aspect ratios of her mixed sources, Stoneymollan Trail comprises material from multiple formats: a personal archive of deteriorating miniDV tapes; high definition camera footage; iPhone videos; screenprinted graphic forms and recorded voice over. Stoneymollan Trail uses the geometry of the 16:9 (widescreen) and 4:3 (standard) aspect ratios as a way of bringing the spatial concerns of her former multi-monitor installations into the linear constraints of the single screen. 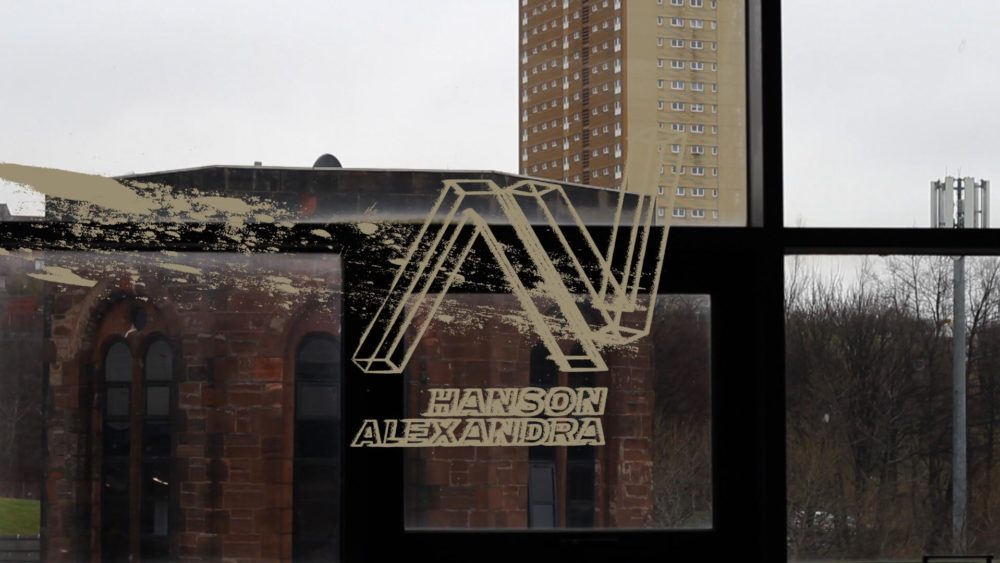 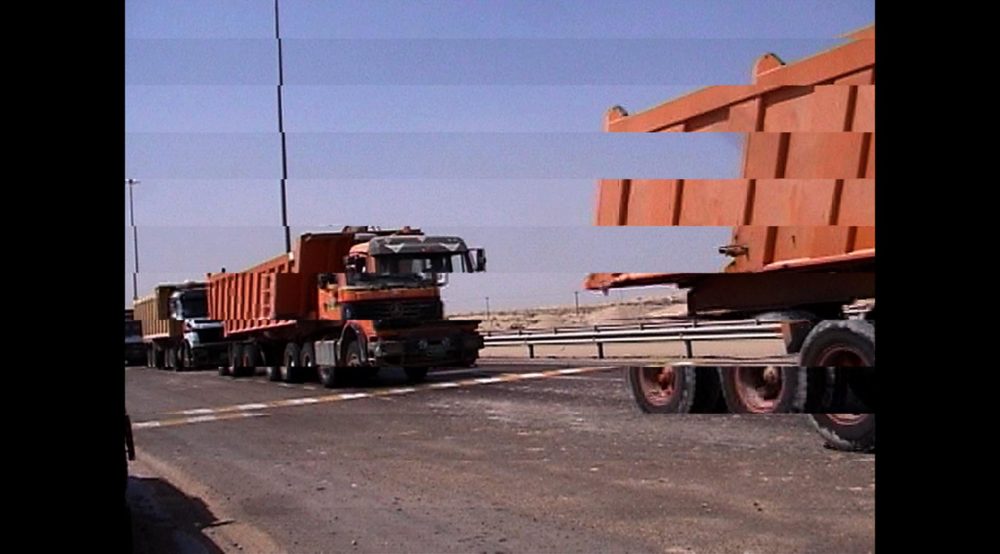 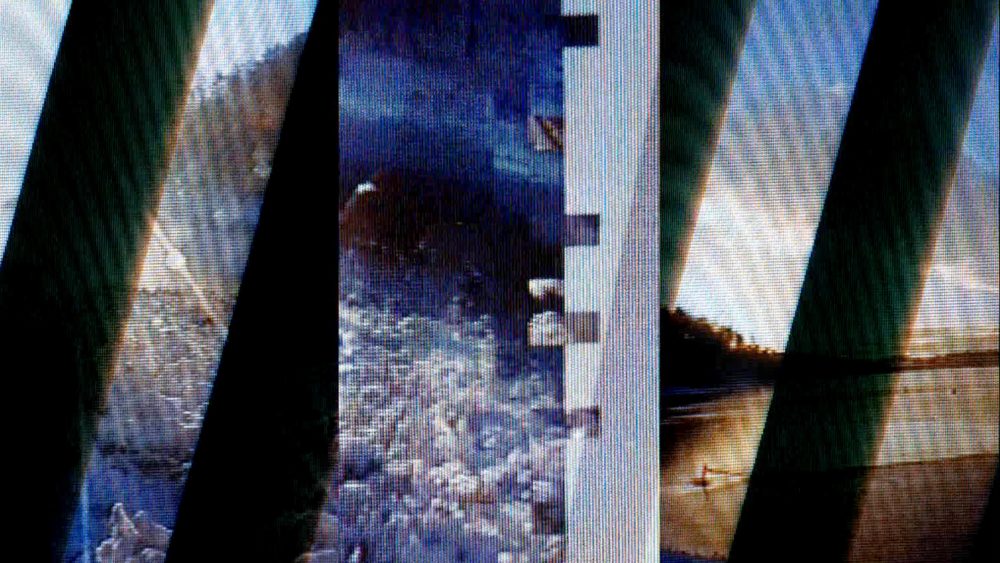 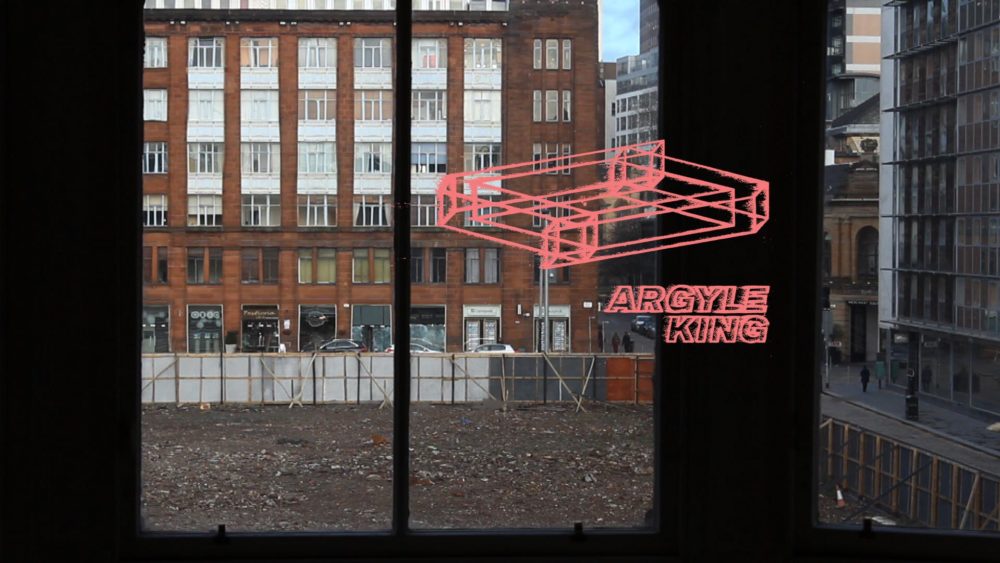 The physicality of the screen is brought into focus as a measure and mediation of subjectivity. Stoneymollan Trail considers screens both as objects in the world (monitors, windows, folding screens), layered internal rectangles within the video, and as framing devices through which culture and reality are shaped. Landscape is a recurring motif throughout this video, which traces a recent history of the medium of video as well as the artist’s personal history.

The sculptural objects made for Spike Island saw Prodger using vertical and horizontal pictoral planes to consider screens as various ways of punctuating architectural space; blocking, dividing and revealing as the viewer navigated their way through the galleries. As Stoneymollan Trail uses the intimate physical materiality of video to frame autobiographical content, Prodger’s sculptural objects draw upon industrial materials and processes (aluminium, haulage tarpaulins, Perspex, powdercoating, RAL charts) and more traditional binary grid systems to think about the relationship of technology to the landscape and the human body. 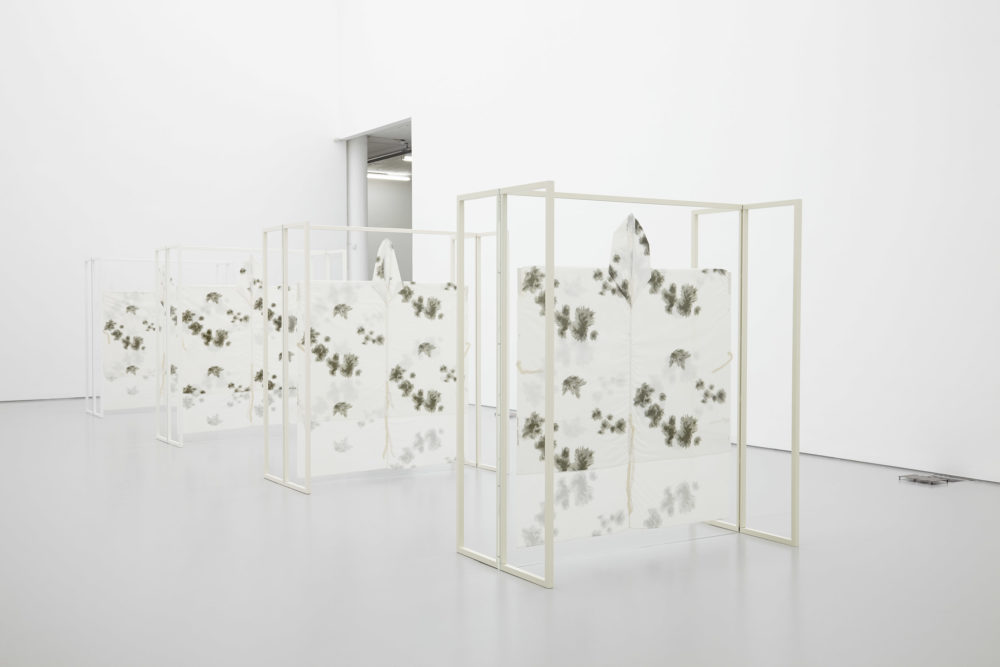 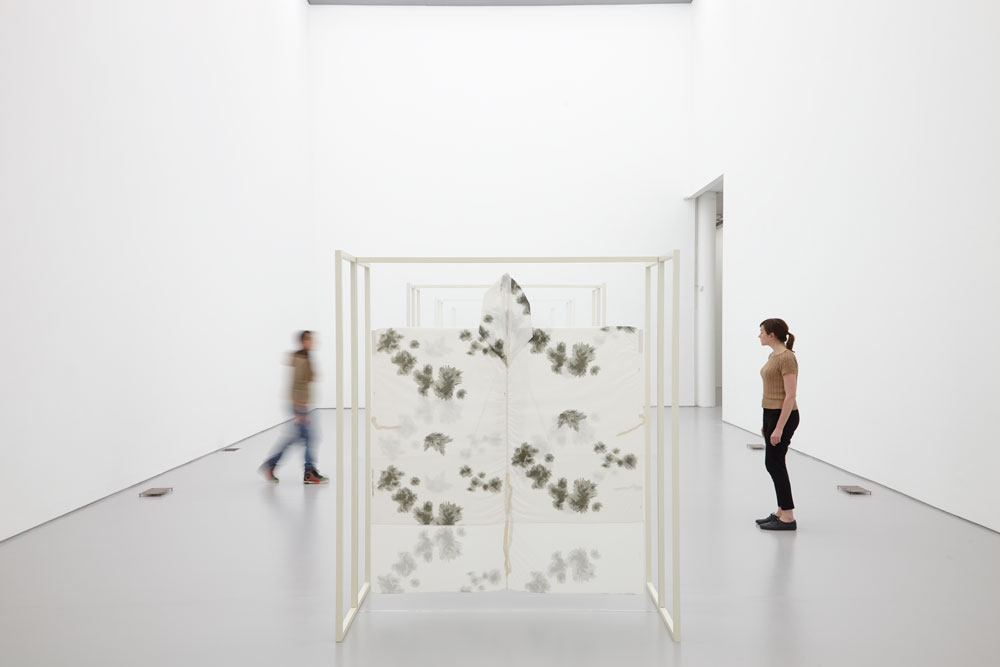 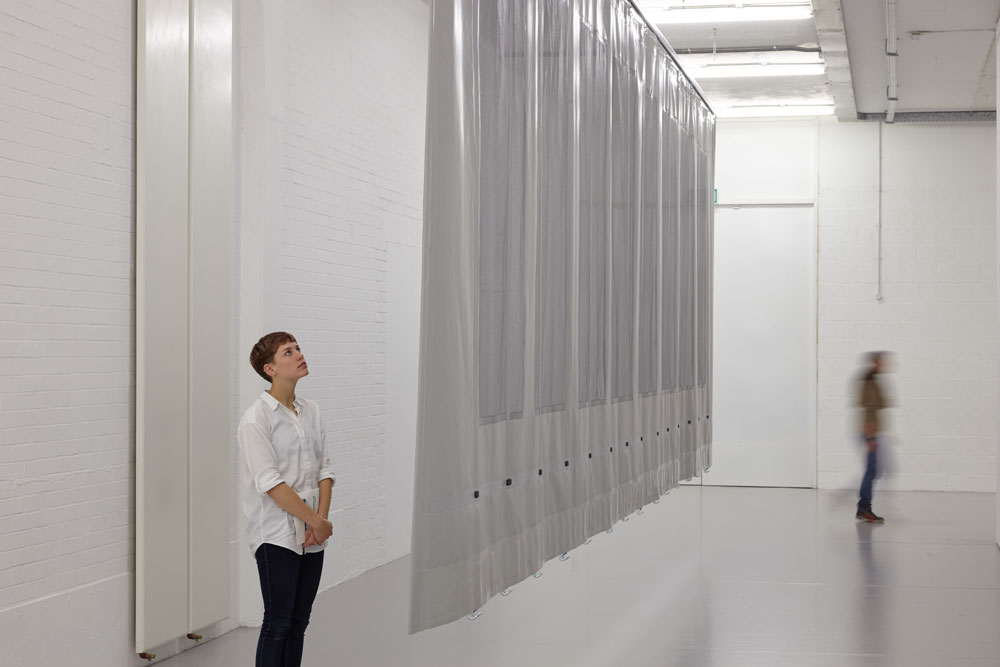 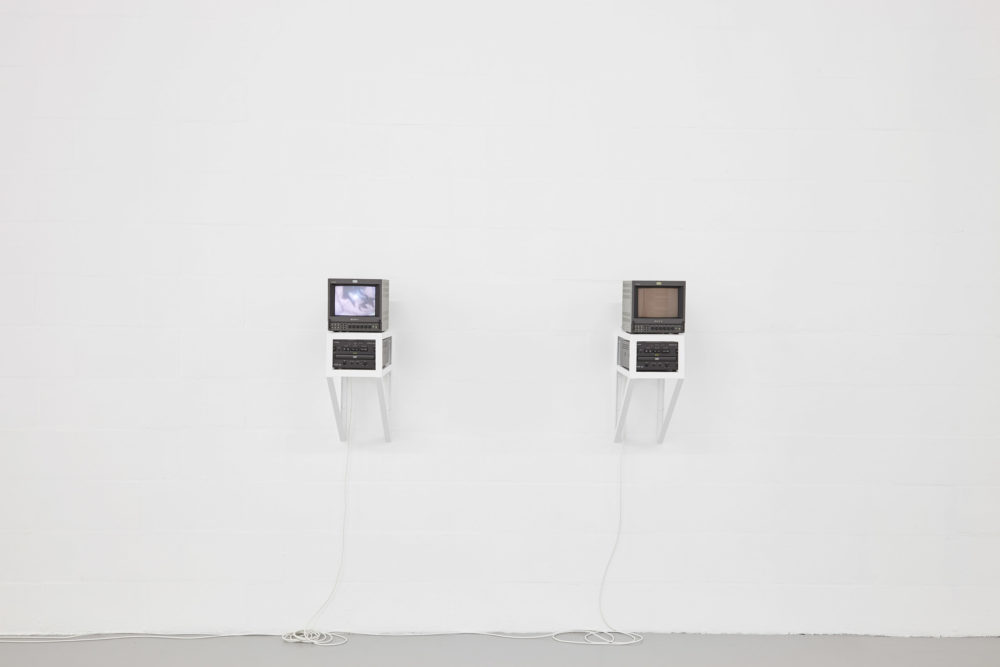 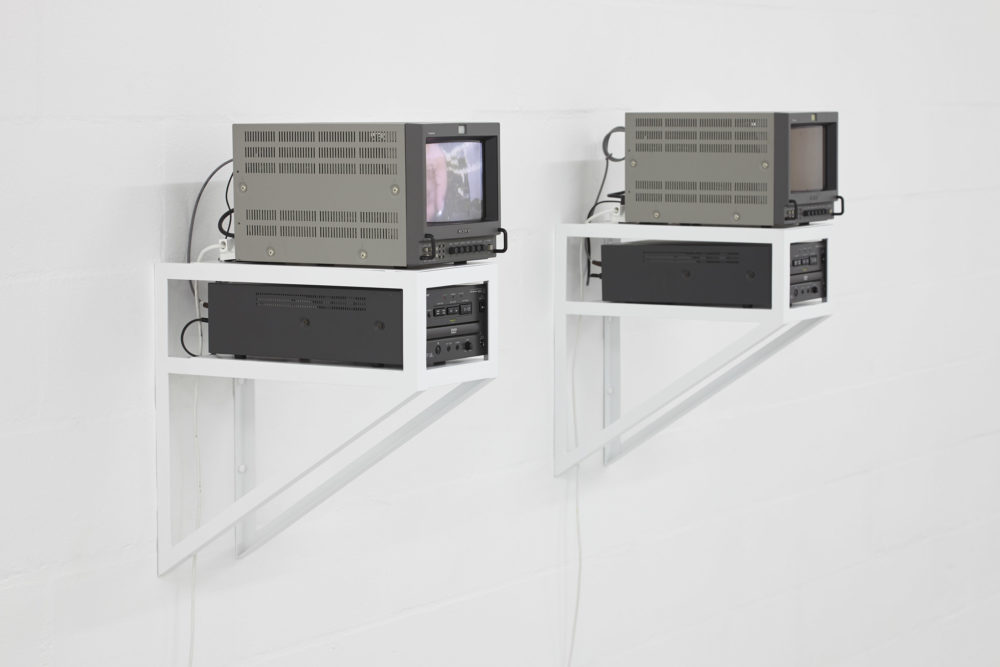 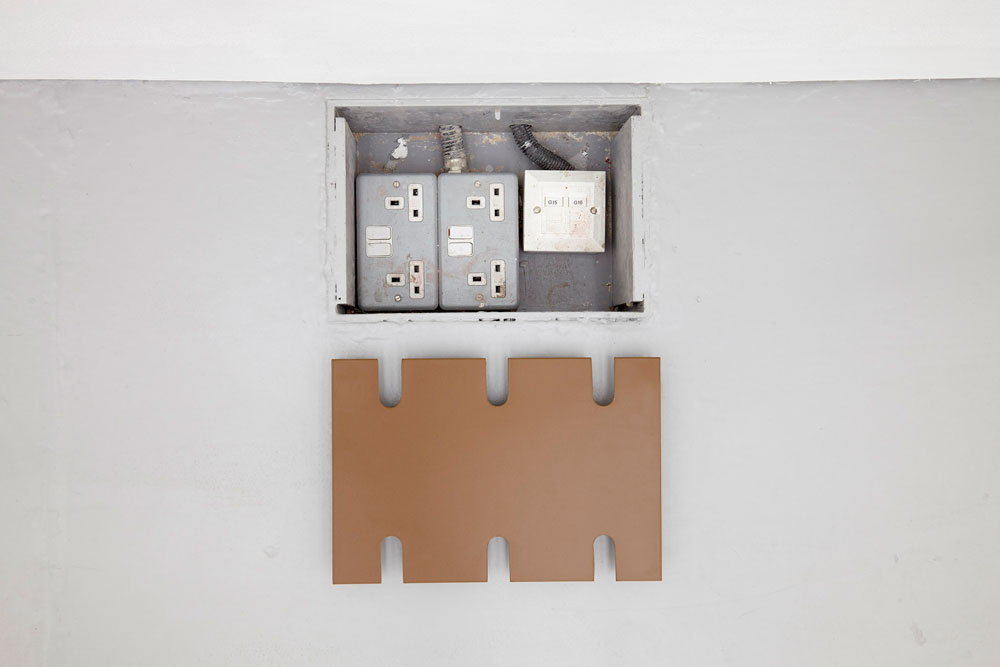 “Nina Simone on the edge, sex at a trucking stop, land art and a coffin road: the artist’s new film Stoneymollan Trail is like stepping inside another person’s brain. What a moving, perplexing experience. ” – Adrian Searle exhibition review for The Guardian

Charlotte Prodger was shortlisted for the 2013 Jarman Award and won the 2014 Margaret Tait Award. She is represented by Koppe Astner and Hollybush Gardens. 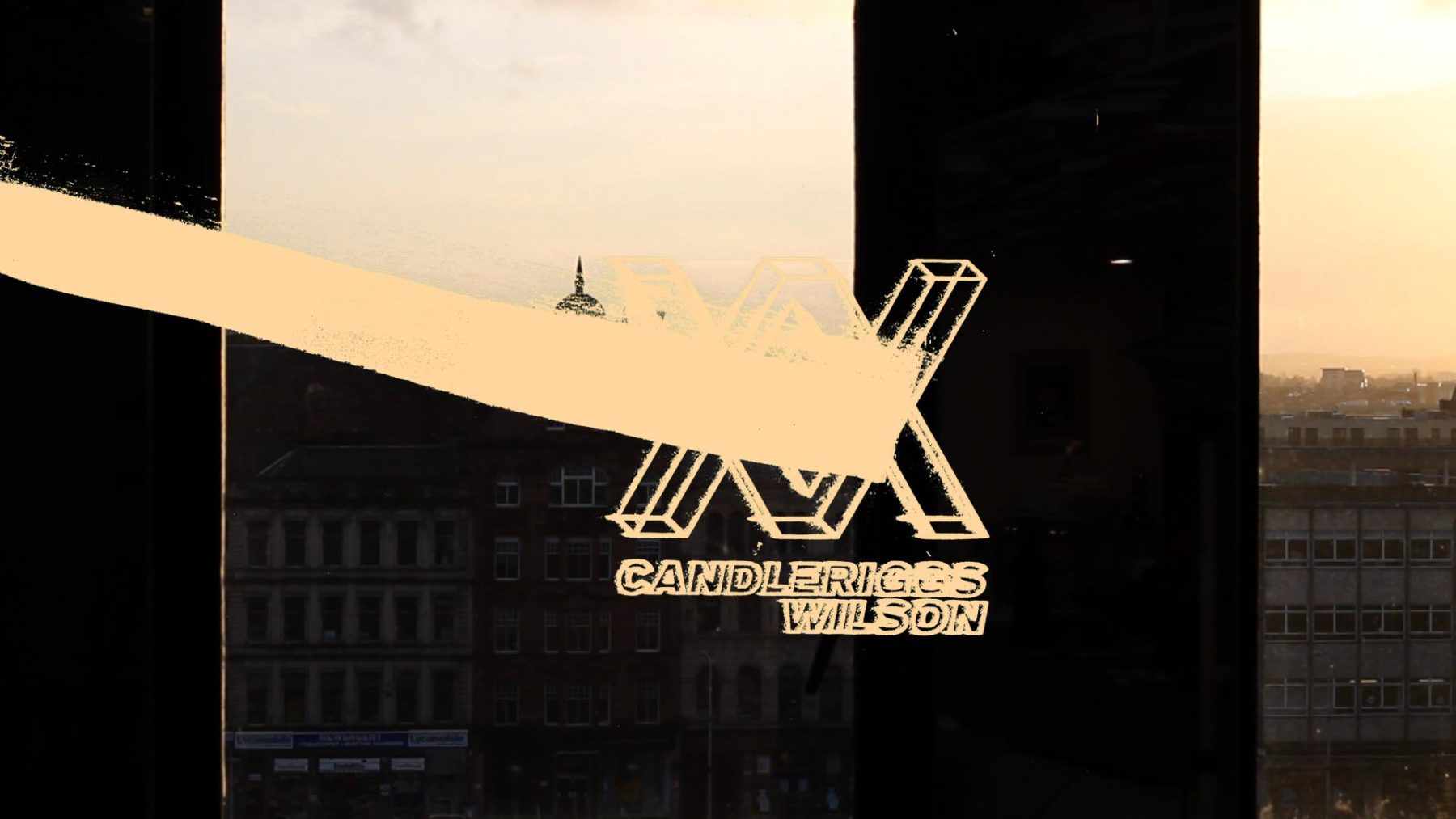 Charlotte Prodger, Stoneymollan Trail (2015) HD video, colour, sound, 43 minutes
A film still from Stoneymollan Trail, featuring a view from a window over a city, obscured slightly by two vertical black blocks which could be part of the window frame. A cream colour logo overlays the film still with the words Candleriggs Wilson and a series of cross like shapes above it.