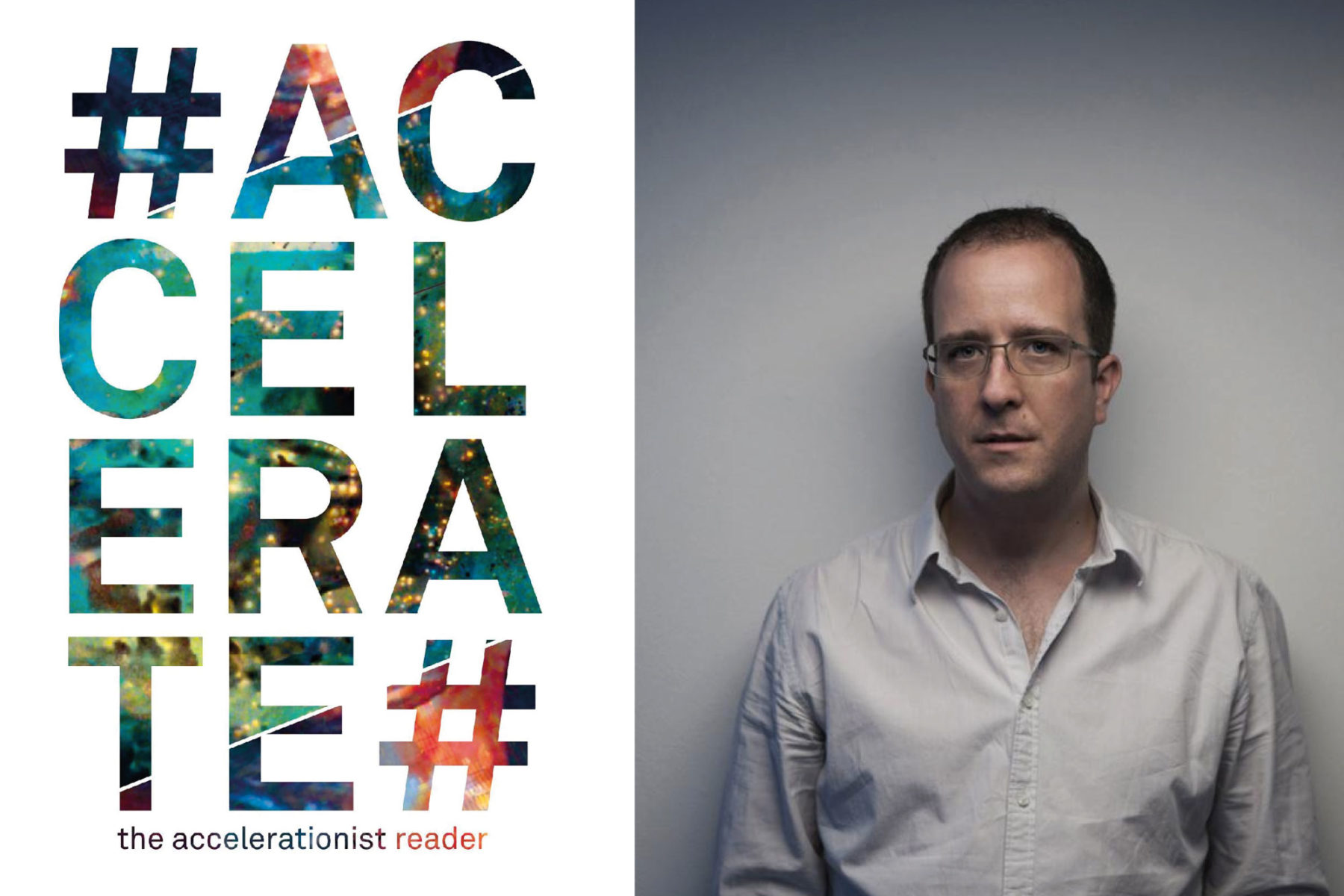 Robin Mackay, editor of Collapse, the influential Journal of Philosophical Research and Development, and director of Urbanomic, the South-West based publishing house and arts organisation, introduced the thinking behind two of Urbanomic’s latest publications. #ACCELERATE: The Accelerationist Reader, bringing together a historical selection of texts that insist that the only radical political response to advanced capitalism is not to protest, disrupt or critique, but to accelerate and exacerbate its uprooting and alienating tendencies.

Gilles Châtelet’s scathing polemical tract ‘To Live and Think Like Pigs’ takes an opposing position, underlining neoliberal attempts to naturalise capitalism and the fetishisation of chaos, emergence, and ‘realism’.

Robin Mackay has written on philosophy and contemporary art, translating works by French philosophers such as Alain Badiou. He is director of UK publisher and arts organization Urbanomic, and editor of their journal Collapse. He has written widely on philosophy and contemporary art, and has instigated collaborative projects with numerous contemporary artists. He has also translated a number of important works of French philosophy, including Alain Badiou’s Number and Numbers, Quentin Meillassoux’s The Number and the Siren, Francois Laruelle’s The Concept of Non-Photography and Éric Alliez’s The Brain-Eye.